Great news for users in Latin America and Oceania 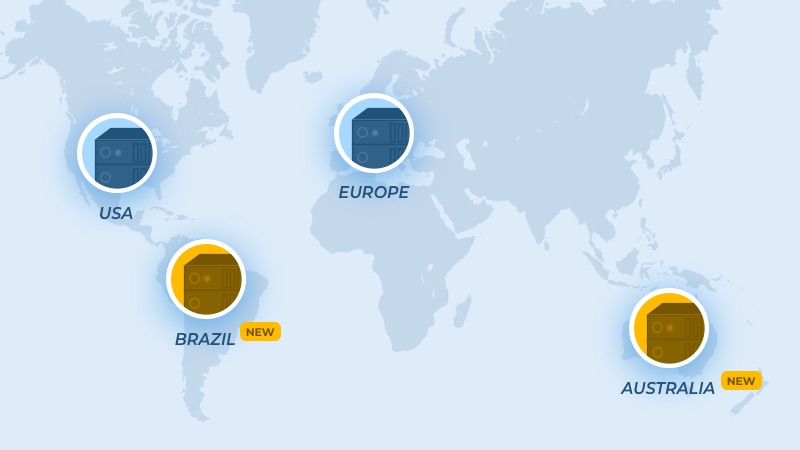 What do all users of remote access software say they want? Time-efficient and fail-safe connections with minimum latency.

Your time is probably better spent working with the desired remote USB and COM port devices than waiting for a connection to these peripherals to be established. Following this idea, FlexiHub offers two more Tunnel Servers that are going to significantly improve the data transfer speed in Latin America and Oceania regions.

As you may already know, when computers cannot communicate directly, (the machines are hidden behind NAT, none of them have a static IP address, or the security policy does not allow accessing external services within a local network) FlexiHub uses an intermediary node referred to as a Tunnel Server.

On average, connections through a Tunnel Server are 75% of all connections created by FlexiHub users worldwide.

With the new additional proxies in Brazil and Australia, it’ll take only half the time to connect to a remote device for users of the respective regions compared to device redirection via the US- or Germany-based servers.

The communication is set up automatically. FlexiHub checks the location of computers taking part in the connection and selects the optimal route for data transfer.

As an option, you can deploy a Private Tunnel Server in your desired location.

Enjoy one-click connections to remote devices thanks to the unique capabilities of FlexiHub!