Our Condemnation of the War in Ukraine

There’s a new war in the middle of Europe. After 8 years of subterfuge and proxy warfare, russia has escalated its aggression against Ukraine, launching an unprovoked full-scale offensive. The invading force violates every conceivable convention, utilizes terror tactics, and does its best to deprive Ukrainian citizenry of life necessities. Their [un]stated goal? To behead the country, install a puppet government, and integrate it as one of their vassal-states. 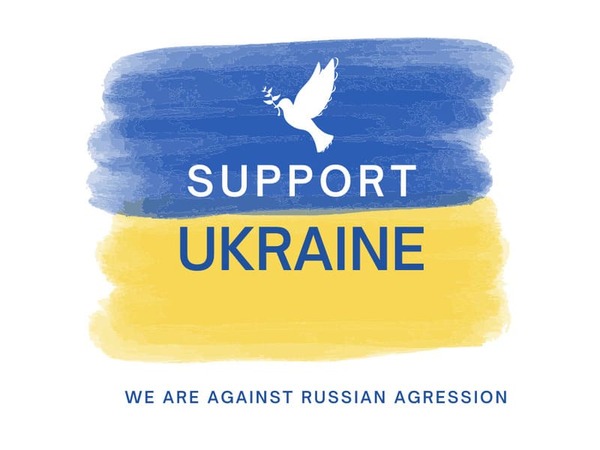 These actions are impossible to condone. For decades, Ukrainians have done nothing but lawful commerce, never starting a war of aggression or any heinous action against civilians. This attack can only be explained by the internal politics of russia itself - the pointless hunger for “victory”, no matter how cruel or unjust. Similar thinking led to turmoil of the 20th century, the First World War; to act this way in the 21st, it is purely barbaric.

Here at Electronic Team, we’re no strangers to the troubles of Ukraine. Many of our coworkers hail from the country. And it breaks our hearts to hear their reports - of the suffering, of the destruction, and their uncertainty. None are sure if they’ll wake up dead, or worse… Buried under rubble, starving, burning, crippled, bleeding out… With families to protect, they don’t know if they’ll hold out against pillagers, murderers, rapists.

We call upon you, people abroad, not to turn a deaf ear to their pleas. Aid Ukrainians in any way you can, to help them endure the hardships of the war they never wanted, nor caused. Spread the truth, donate to relief funds, to charities. You won’t be alone - we’ve already joined the effort with our wallets and our volunteers.

If you know any russian citizen, INFORM THEM. Their media is a thick haze, it offers a sterile, deceptive depiction of the war. It doesn’t show the terror, the ruination, the civilian deaths. It hides the derelict state of their armies, their countless losses on Ukrainian soil. Only russians can stop this senseless violence, by removing putin’s corrupt regime.

As a company, we've been developing popular software titles for more than 20 years. And we are supporting the Ukrainian nation on the forefront of the app stores. This time, we are delivering the message through our award-winning Elmedia Player, showing authentic wartime chronicles in the app. It’s our most popular piece of software, and the message will reach every russian IP from our 2M macOS users. Starting today, all russian users will be prompted and given the opportunity to view unbiased information about the current events. Members of Electronic Team will do their best to fill the information vacuum left by russian news agencies. 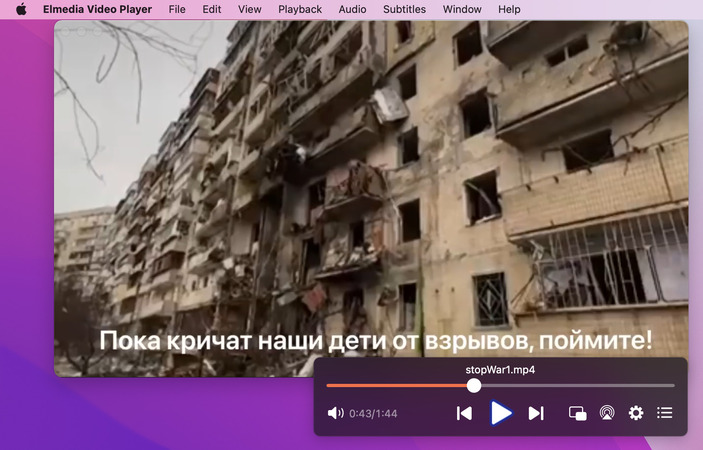